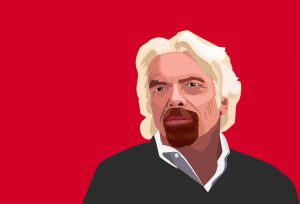 Richard Branson’s name is synonymous with two things, being a billionaire and treating employees exceptionally well. Those two things, unfortunately, do not typically go together, particularly not to the extent he’s known for. He’s spoken a great deal over the years, so this list probably covers the tip of the iceberg, but hopefully it does represent many of his most important and novel ideas.

5 Hiring Lessons We Can Learn from Richard Branson

This is not a unique idea, as more and more companies realize the mistake of focusing too closely on hard skills, but Branson has a way of going further, more radical with it than most. Searching for the best small business ATS? Check out Recruiteze today. Start your ATS free trial today.

Someone asked Branson if he had ever been intimidated by someone else’s credentials and he replied,

“It’s a shame that people shut down ideas because they’re worried about being crushed by people who are supposedly better educated than them. This is all about fear of failure. In my opinion, entrepreneurial drive beats a fancy degree anytime.”

“I never judge people by their education and qualifications. The first thing we look for at Virgin when hiring new staff is personality, which always wins over book smarts or job-specific skills — the latter can be learned. We also give a lot of weight to experience. Time and time again I’ve seen people with a broad employment history and skill set who aren’t an obvious fit for a particular role bring a new perspective to a position and become incredibly successful.”

Did you notice part about the broad employment history and not being an obvious fit for a role?

In a previous post on choosing personality over skill, we included this quote where Branson elaborated on this idea of thinking outside the box when it comes to experience,

“Time and time again I’ve seen people with a background of broad-ranging employment and skills hired for a job where they don’t necessarily tick the specialist criteria boxes, but become incredibly successful by offering a new level of understanding to the role. With this in mind, we focus on hiring people with transferable skills–team players who can pitch in and help others in all sorts of situations. It’s important never to underestimate the power of versatility.”

Again he’s not the only one thinking about transferable skills, but his wording makes you ask questions about how broad-ranging this experience could be.

Branson believes in, actively invests in, and takes risks regarding the growth of employees.

In one of his Linkedin blog posts, he described it,

“Personality is the key. It is not something that always comes out in interview – people can be shy. But you have to trust your judgement. If you have got a slightly introverted person with a great personality, use your experience to pull it out of them. It is easier with an extrovert, but be wary of people becoming overexcited in the pressure of interviews.”

“You can learn most jobs extremely quickly once you are thrown in the deep end. Within three months you can usually know the ins and outs of a role. If you are satisfied with the personality, then look at experience and expertise. Find people with transferable skills – you need team players who can pitch in and try their hand at all sorts of different jobs. While specialists are sometimes necessary, versatility should not be underestimated.”

“Don’t be afraid of hiring mavericks. Somebody who thinks a little differently can help to see problems as opportunities and inspire creative energy within a group. Some of the best people we’ve ever hired didn’t seem to fit in at first, but proved to be indispensable over time.”

“He spoke about the time he learned an employee was stealing records from one of his music stores. After meeting with him Branson realized he rebelled in good ways too, so he didn’t fire him. The employee not only stopped stealing, but went on to do great things for the company.

In a similar vein, Branson always chooses to move an underperformer to a more suitable role within the company rather than terminate them outright.”

This is assuming you treat the people you hire well. The concept is that you realize that you’ve already developed a sort of relationship with someone during the hiring process, and they’ll go back out into the world with an opinion of you that could hurt or help your business. If you treat them well, then you could have a qualified and passionate in the future or at least a loyal customer. If you treat them poorly, you’ll have someone running around with an attitude, who won’t apply to your job in the future when they’ve improved or you have room for them, may not even want to be your customer, and may spread negative word of mouth about you. Which do you want? Which seems sound a sounder investment?

We’ve previously included a story about Branson and an impressive success story for his plan in one of our posts on rejecting candidates. He had to reject a candidate from the cabin crew at Virgin Atlantic and at the time used a technique involving an inspiring letter that welcomed candidates to apply again in the future and included a voucher for a free flight. The candidate ended up working for him in the future as his personal assistant.

“What makes Virgin particularly wonderful is the wonderful group of people who believe in what they’re trying to do. Who are appreciated, who are praised, not criticized, and are given a chance to do a great job.”

Krapivin reports that Branson believes success starts at the top and sums up Branson’s ingredients list for a great leader, as:

Virgin is also one of a few business entities using an unlimited leave policy. Netflix started it, and Branson’s daughter Holly heard about it and said it sounded like something that really fit Virgin’s culture.

“Anyway, simply stated, the policy-that-isn’t permits all salaried staff to take off whenever they want for as long as they want. There is no need to ask for prior approval and neither the employees themselves nor their managers are asked or expected to keep track of their days away from the office. It is left to the employee alone to decide if and when he or she feels like taking a few hours, a day, a week or a month off, the assumption being that they are only going to do it when they feel a hundred per cent comfortable that they and their team are up to date on every project and that their absence will not in any way damage the business – or, for that matter, their careers!”

Branson tops this idea off with a bold quote,

“If you trust your people to make their own decisions, they will reward you.”

Branson believes in flexible work, including remote work, but he’s also been doing it long enough to know and is open enough to admit that there is no definitive rule book for flexible work. Everyone’s still figuring things out, and you have to do what works for your company and be adaptable. Few companies seem to have grasped that concept and have a working plan for dealing with it.

Flexible work “is a powerful tool for good — but only if it’s used properly. It’s not just a case of dishing out a laptop and letting someone work from home, or chopping a day off their working week and expecting the same output. Truly flexible roles have flexibility built in rather than added on, and are designed to suit employers and employees alike. That’s the difference between just having a flexible working policy and having a flexible working strategy.”

You must have concrete plans in place for workers to have the tools, methods of reliable communication, and feedback they need to succeed on the same level as in-office workers and teams with more traditional hours.

Richard Branson is a visionary and a risk-taker. Yes, many business leaders are, but he always manages to be a bit more radical and out-of-the-box than most, particularly when it comes to investing in his employees. Most others may be remarkably visionary when it comes to products or drive, but Branson shines most in people investment and this is where most other companies falter. This makes him a unique and important study. Watch him take risks, learn from his successes and failures, and push yourself to take more risks. Trust people, believe in people.

Recruiteze is a free online ATS for small business recruiting, talent tracking, and hiring. There’s so many benefits to using our free applicant tracking system that I can’t list them all. The best option you have is to give a try! Click here to get started with your free trail. iReformat allows you to format up to 10 resumes per month, for free! If you’re ready to take the redundant administrative work out of your daily tasks, start using our free recruiting software today.

Online ATS: How it enables efficient and optimized Recruitment Metrics?

Online Applicant Tracking System: How it can help to standardize Recruitment stages 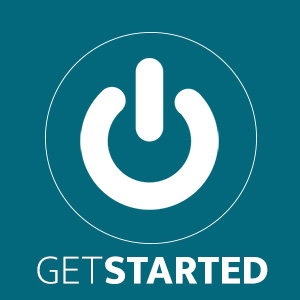